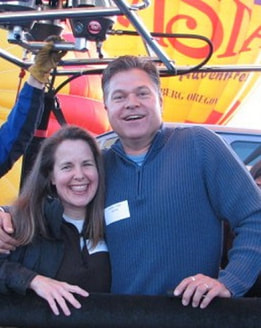 ​
When I was a little girl, it seemed as if every stray dog in town somehow knew that our house was the place to go for respite.  Whenever one of my four siblings or I would enter the house with, yet, another homeless pup, my mother would tell us that in no way, shape, or form would she allow another dog in the house.  Then she'd look down and see the thirsty tongue hanging out of the dog's mouth, or ribs and hip bones plainly visible, or the infestation of fleas, or any combination of atrocities that had befallen the poor soul in our arms.  After some huffing and puffing, she'd always cave in, "Well, we'll give it a little food and water and then he has to go!"  Weeks later and after many meals, veterinary care, training and socialization, the dog would leave us to join a carefully interviewed and deserving forever-family.  Of course, there were those dogs who never did leave us, and they helped shape my life.  From those very early days, I've loved taking part in the training of and caring for our four-legged family members. 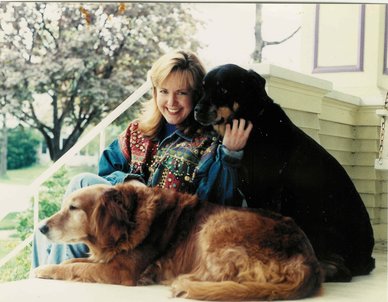 I'm fairly certain it was the interaction with those dogs that saved my life.  When I was seven years old, I was severely mauled by a large, out of control dog whose owner was nowhere to be found.  I knew enough to  be quiet, play dead, and wait for help.  Help came, but I was bed-ridden and then confined to the house to convalesce for the remainder of the summer.  This gave me plenty of time to think about what happened. And as I thought, I became angry at the dog's owner for having put the dog's life in jeopardy by not training, socializing, or containing his dog properly.  Thus began my lifelong passion for making sure the dogs in my life would never be put in that position.

​When it came to training, I began to realize a preference for the terriers, herding, and working breeds.  I enjoyed the way their minds worked. I came to appreciate the challenges and humor of their creativity.  After much research on the breed, I began to think that I'd like to work with a Rottweiler.   In 1987, "Bailey" became my first Rottweiler and eventually convinced me that we were both madly in love with Andrew Yinger, and that "we" should marry him.  ​ 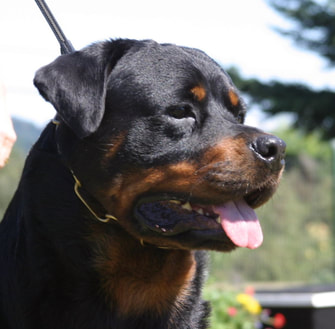 ​
​Many years and Rottweilers later, Andrew and I followed our hearts and purchased a small farm in the verdant hills of the Oregon wine country.
​When we once again began our search for another Rottweiler, we decided we wanted a girl from strong working and herding lines.  I'd never had the desire to have a show dog, and I certainly had no interest in owning a male.  When I described to Sandy Overgaard of Pepperhaus Rottweilers, my perfect dog, she said she had planned to keep a certain puppy from her last litter.  From what I'd told her, however, Andrew and I would be the perfect home for him . . .  and he came with a show contract!  I tried to dig in my heels and wait for a female, but Sandy was right. Ted became my heart and soul, and the dog who would open ​a whole new world to both of us. 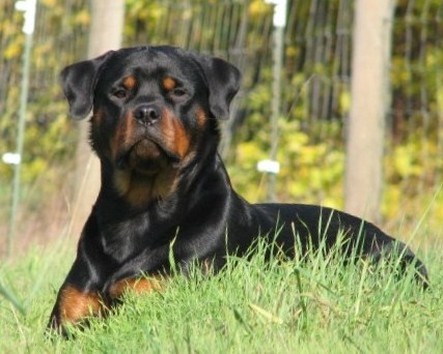 ​In 2001 we had our first taste of dog show competition.  Our appetite grew with each success in and out of the ring.   Within a few years, we knew we'd eventually need an identifying name.  An aunt's research into the Yinger family tree discovered that the name was originally, "Jünger" before ancestors immigrated from Germany.  From the time he was a pup, we affectionately referred to Ted as "Our Number One Son".  As his remarkable life became one of the driving forces in ours, it seemed appropriate that our kennel name should honor that, thus we became JungerSohn, (pronounce "younger zahn")

In 1997, we met a brilliant young woman at a dog show in Chicago.  She enthusiastically introduced us to her dogs and shared a wealth of information about the breed with a couple of dog show "newbies".  A few years later we would, again, have the pleasure of meeting Ann Felske-Jackman who has become my dear friend, mentor, and breeder of our beautiful and beloved "Clover" the foundation of our breeding program.  ​
As much as we love the whelping and rearing of puppies and marveling at the grace and beauty of a superb mother dog, I have a trainer's heart.    Teaching always presents new challenges and more opportunity to learn new techniques and brain storm with fellow trainers.  Time spent communicating and problem solving with my own dogs keeps the ground solid beneath my feet.  Time spent hiking through the forest and playing ball with the dogs releases the daily pressures of work from Andrew's mind and keeps our dogs happy and fit.  JungerSohn is a family affair!